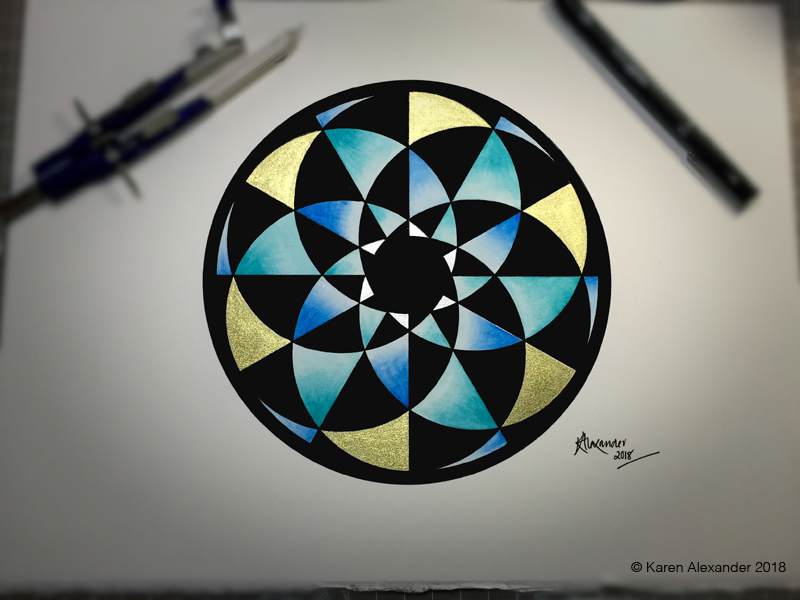 Above: Painting of the crop circle at Niederscherli, nr, Bern Switzerland, October 2018.

The 2018 crop circle season included several formations outside of the UK. Sometimes people forget that the crop circle phenomenon is a worldwide spectacle. There were several international circles of note during 2018, including circles in Switzerland, France, the Czech Republic, Brazil, Canada and Russia. I’m hoping to get the time to draw one or two over the winter months (as time allows) and when I do I’ll post them up in mini-blogs like this one.

Detail
This circle at Niederscherli, nr Bern in Switzerland was reported just last month on October the 19th/20th. There was a circle near here earlier in the year in June (which will be the next one on my drawing board).

This circle was reported by the press to measure 20 metres in diameter (65 feet), but from the photos it looks a lot bigger the this – anywhere from 100-150ft in diameter. The circle is in a meadow, or field, of grass (so no tractor lines to help with sizing) . It is quite unusual to have complex geometric formations in grass, but smaller, simpler circles are not uncommon at all.

You can read the media report and see the aerial photos and footage here. 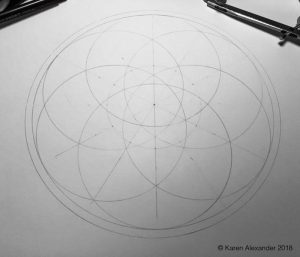 Geometry
I was immediately drawn to its geometry – a twelve-fold design. The circle is divided into twelve segments of thirty degrees each, and there are six overlapping circles that make up the bulk of the pattern. However, central to the underpinning of this design is an unseen ring on which the six overlapping circles are centred. This invisible ring is in a Golden Section relationship between two places at which the circles overlap (Fig c) There were several Phi proportions in this formation (Figs a & b) leading me to ask if the way the six circles overlap is in a kind of  Vesica relationship? Phi relationships are well known for their ability to create innate beauty in design, a form of beauty particularly attractive to the human psyche. 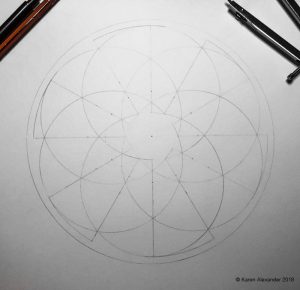 Fig 2. The design is picked from the basic geometry and extraneous lines removed.

The division of the entire design by twelve, splits the six overlapping circles in half to create a harlequin-esque feel. This kind of design duality is a staple of the crop circle phenomenon; standing and flattened crops, standing and flattened sections in opposition. As beings of duality ourselves, it’s uncannily familiar and simultaneously beguiling, it speaks to us on a level that is hard to access in normal consciousness – although we feel its delicious pull inside of us. It’s like listening to your favourite music track, feeling those chills, that frisson, and suddenly you feel the goose-pimples on your arms rise up. 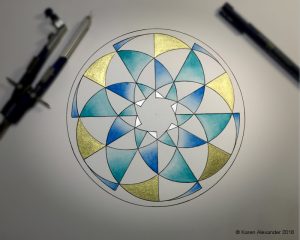 There was a real sense of movement in this design. Firstly, in the interior shapes, they felt like sails of some great ship, filled with a powerful wind propelling it – who knows where. Secondly, the six smallest sections  – just inside the outer perimeter – look like little flags, or windsocks. There is a grace and unity to the design which is difficult to put into words, but that is hugely satisfying visually.

Twelve is the number of wholeness, completeness, or totality. It is ubiquitously woven into our culture, in everything from the way we divide the day into twelve hours, the year into twelve months, or the heavens into the twelve zodiacal constellations, to the twelve labours of hercules, or the twelve disciples and the twelve Gods of Olympus. There are many, many more twelves, but in just these few we get a glimpse of some of its greater themes: measure, time, division (and containment), wholeness and perhaps the most important – the moment towards wholeness. This crop circle spoke to me of a powerful movement (of some kind) towards wholeness – something we innately recognise and yearn for.

Click on the images below to see some of the Phi proportions in this design. 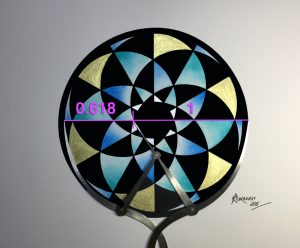 Fig a. This Phi proportion gives the diameter of the outer band which encloses the formation 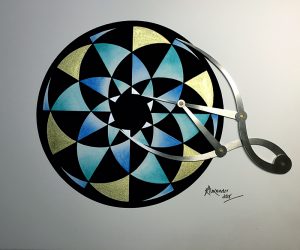 Fib b. Another Phi proportion 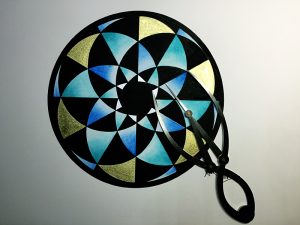 Fig c. The centre marker of the calliper marks the centre point of one the six interior circles which overlap to make up the design.