This very pretty circle was reported on the 9th of August at Fox Hill, near Liddington in Wiltshire. The formation sits not far from the M4 motorway below a hill on top of which sits an antenna of some kind. The circle is tucked away inside a small field of mature wheat surrounded by trees. It measures approximately 150-180ft in width.

This formation is undoubtedly a classical Vesica Pisces, created by the first act of sacred geometry – the division of unity. In sacred geometry, the circle represents unity, the undivided totality of all that is, in order that multiplicity is brought into the world, the circle, rather than dividing itself into fractions, instead replicates itself. This is represented by two overlapping circles, where the perimeter of one circles travels through the centre of the other. This creates an almond shape (where the circles overlap) and this is called the Vesica Pisces. Vesica Pisces literally means fish bladder, but it is through this aperture that all other geometric forms are birthed – the triangle, square, pentagon etc. – it is the geometric birth canal. The Vesica also brings duality into being, opposition as well as complementarity. This process mirrors the replication method of cells, which duplicate themselves rather than splitting in half. It is a fundamental process in all living systems. Inside the Vesica in this crop circle we see a beautiful complex of woven crop, with a myriad of standing tufts. At first count there appear to be 49 – but much more thorough checking needs to be done!

Steve got some beautiful close-up shots of the woven interior so please see the entire gallery for lots of great views. We are also offering a 10 x 15 inch print of the beautiful interior of this formation – see here. 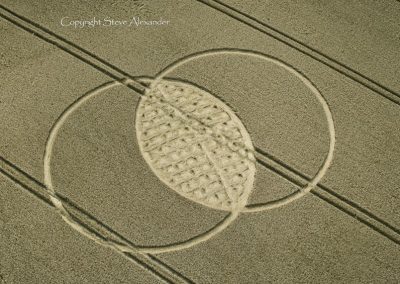 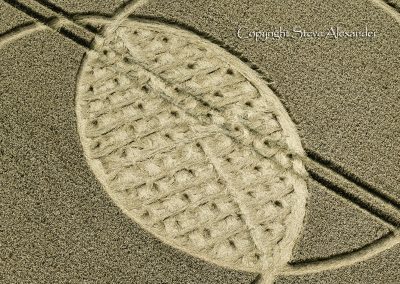 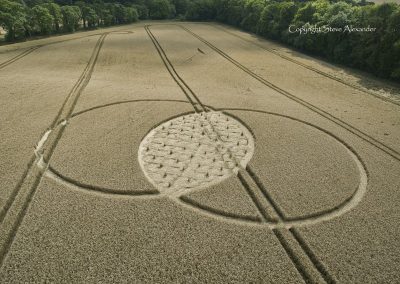 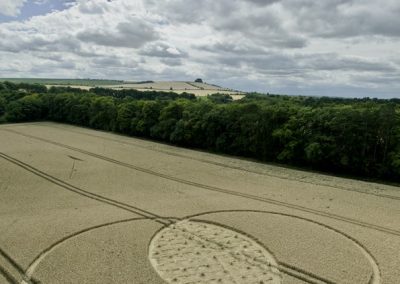 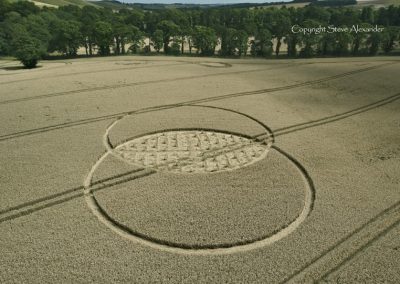 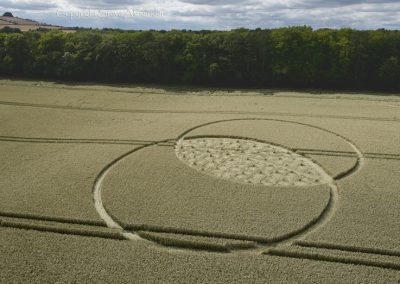 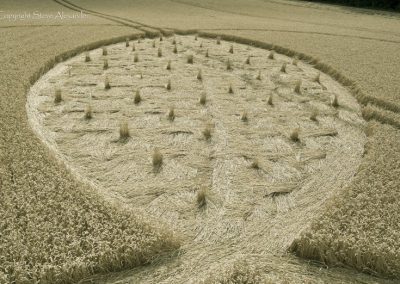 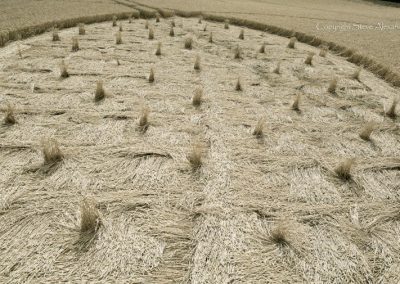 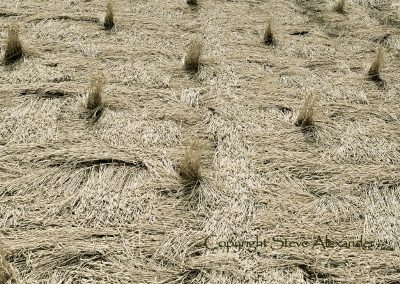 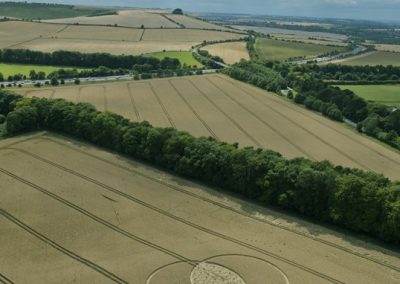 As mentioned above, the creation of the Vesica Pisces is the first act of Sacred Geometry and represent the Division of Unity. See below for a diagram I prepared for a geometry workshop which looked at the Vesica. 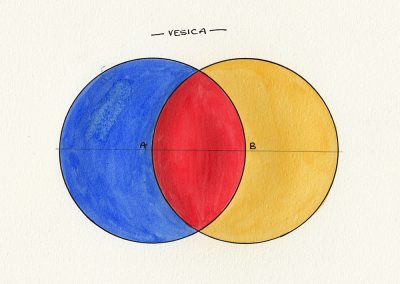 This crop circle has new been harvested