Sussex has been crop circle free for a number of years, but this year saw their return. This very pretty little formation was a master class in classic geometry, a perfect marriage of circular and pentagonal geometries. Pentagons have five equal sides and five equal angles. There are five iterations in the this design. Four pentagons are nested inside circles, and the fifth figure in the centre is an pentagram – a five pointed star. It measures approximately 120ft. in diameter.

It was placed in a field alongside the Long Man of Wilmington chalk figure, which lies close to Eastbourne on the South Downs. The 227ft figure was originally thought to have been a Neolithic artwork, but is now considered to date to the 16th or 17th century.

This formation was a joy to drawn. Almost no measuring is needed and the whole design fits together like a glove. Five is the number of life and variations of its geometry are found in the proportions and growth patterns of all living things. The circle represents unity or the divine, the oneness of all things. Together they could speak of the unity of all life. 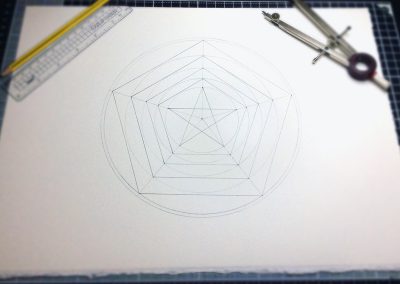 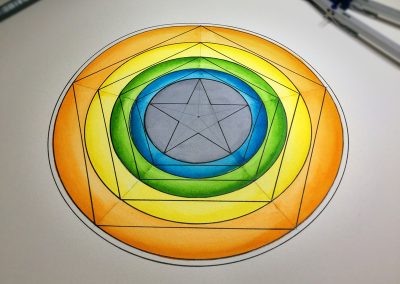 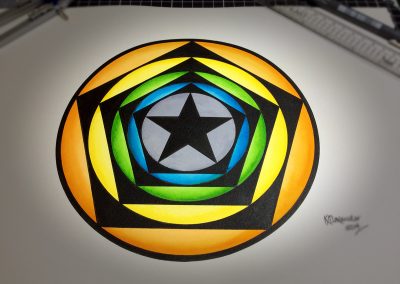 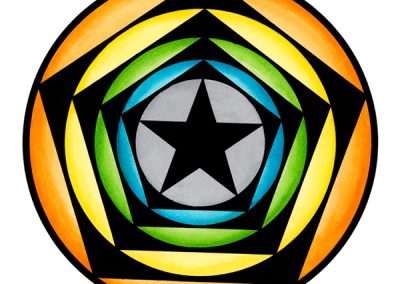 No visitors pleaseThis crop circle has been harvested