This simple, yet elegant circle appeared close to West Kennett Longbarrow in Wiltshire on the 22nd of June. The longbarrow has been a favourite haunt of the crop circles for many years. A central circle with three concentric rings of varying widths, it measures approximately 90ft. in diameter. According to several researchers, this circle is an exact replica of a formation that appeared at this location three years ago on 25th of July. This is a rare occurrence. Crop Circles scarcely ever repeat themselves. A beautiful seven-fold geometry underpinning the design was also discovered by geometer and researcher Michael Glickman – see Geometry Gallery below for diagram. 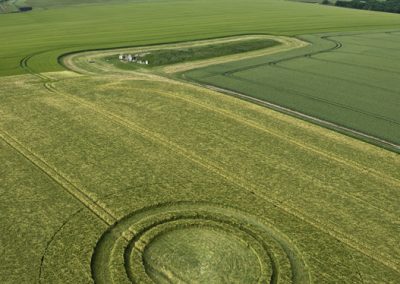 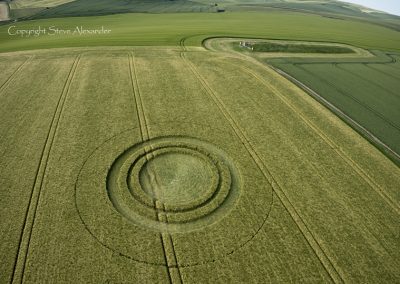 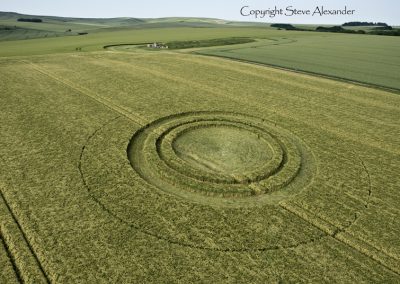 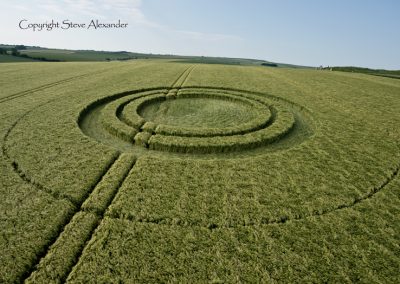 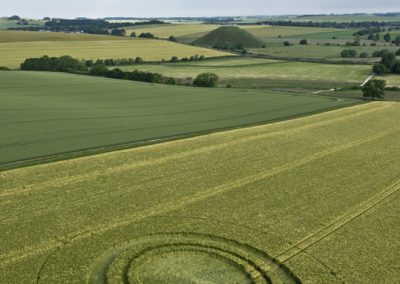 The diagram featured in this gallery is by researcher and geometer Michael Glickman and shows the seven-fold geometry he discovered in the design of the formation. Click here to read his blog about this formation. 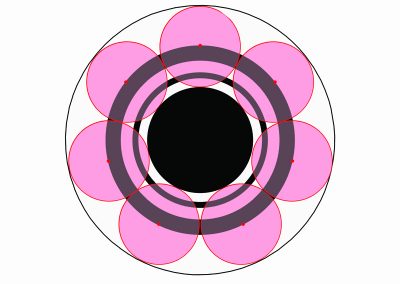 To make a donation