It always sparks great excitement when a crop formation appears close to Stonehenge. There have been a series of major formations there over the years, perhaps most notably in 1996 and 2002 (see our Archive for more). This circle lay close to West Amesbury, but Stonehenge was clearly visible along the A303 from where this circle lay. We would estimate it measures somewhere in the vicinity of 400ft in diameter – which is just huge! It is in a field of young green wheat. We hear the farmer is not very happy and has said he wants no visitors to the field – please respect his wishes.

The design is yet another four-fold pattern in 2015. A huge equal-armed cross dominates the centre of the pattern, each arm tapering off to a point and capped by what appear to be diamond shapes. The cross is accompanied by four large thin crescents moons. To finish the design, on just two of the arms are two chevron shapes. I can’t help seeing two figures in this this design in opposition to one another. This is a stunning formation, and no doubt will be one of the major formations of the season. 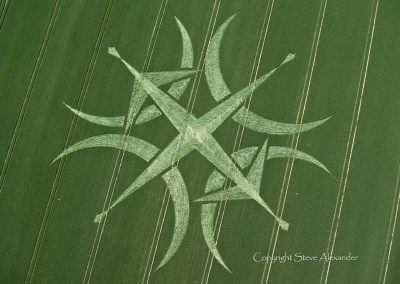 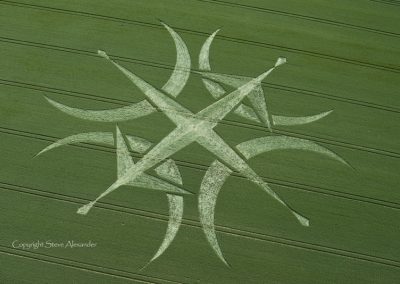 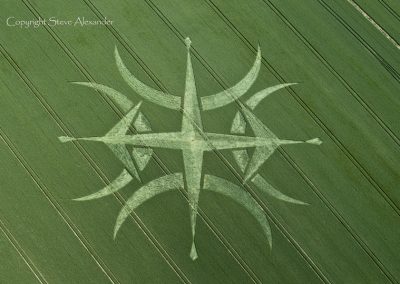 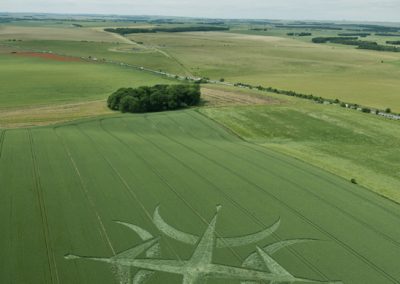 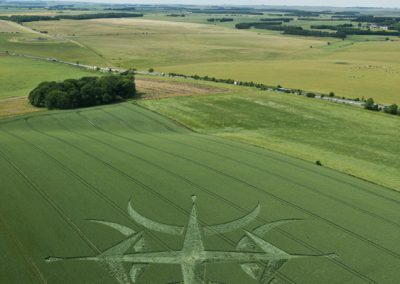 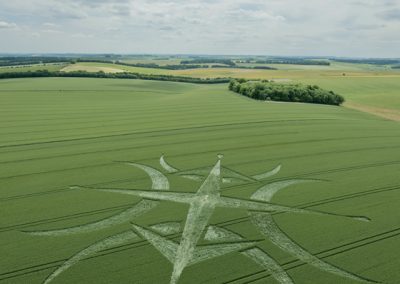 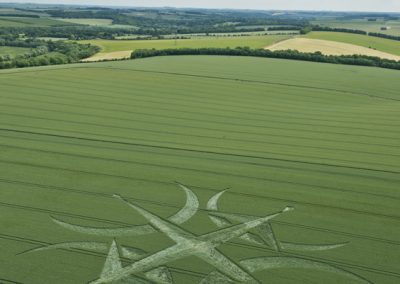 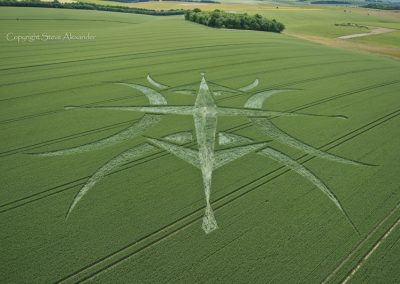 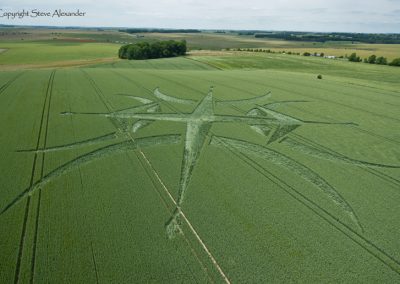 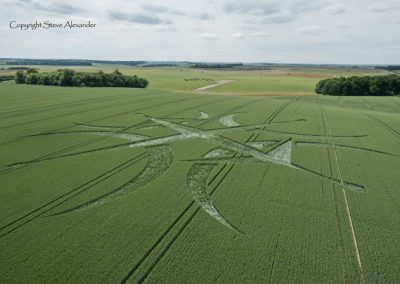 This formation was a surprise in the fact that it seemed to be underpinned very nicely by a set of rings, which showed that the formation had an invisible circular component. At first look, this design seems anything but circular (apart from the crescent moons), angular, sharp, precise. But on closer inspection, there is a harmony to it which softens its rather piercing points and razor edges.

Looking at the circles is a vital activity, really looking that is – contemplating the designs. I see two figures in this design, with arms outstretched downwards in a ‘A’ shape.  – conjoined at the centre of the image. The geometry is obviously four-fold, but its also plays with the notion of the twin, the mirror image, the double. This is fascinating and I think worthy of more exploration. Four is the number of material reality, substance and matter. Two is duality (obviously), but it is also ‘the way through’ (as in the Vesica) the gateway from the world of ‘the other’ into our realm. The mirror or twin aspect tells us something about the relationship between that world and ours – as I say fascinating!

Drawing the circles is a contemplative act, and a mixture of mind and heart is at work when drawing them then in painting them. I always feel I know a circle better after having drawn it. 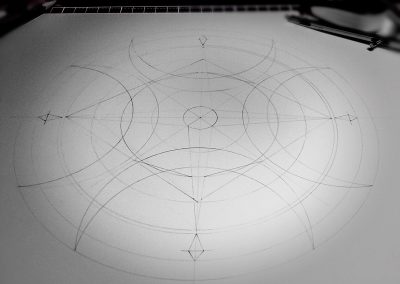 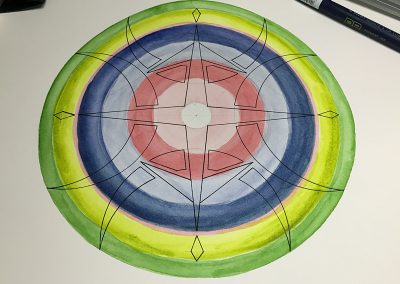 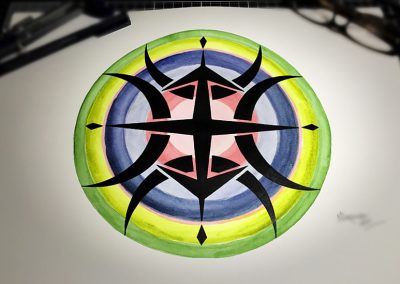