This tiny circle appeared in the corner of the same field which contains the Man in the Moon circle of the 8th of July. Measuring just 30ft approx. in diameter, it was a ringed circle with a number of standing tufts inside the centre circle. The tufts form a 6 x 6 grid, however the four corner tufts are missing, giving 32 tufts instead of the full 36. Curiously, there is an additional tuft standing in the outer ring, making the total count 33. Thirty three is a very symbolic number being one of the Master Sequence of numbers and it is also symbolically associated with Christ – 33 years being his age at the crucifixion. Two researchers (quite independently) have shown that this formation also Squares the Circle. The perimeter of the square formed by the standing tufts and the perimeter of the inner circle are almost identical. Squaring of the Circle is often found in crop circle design and is highly symbolic of a marriage between the Heavenly circle and Earthly square (heaven touching the earth)  – or in the case of Christ, the spirit made flesh. 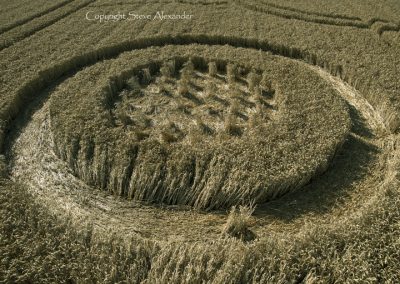 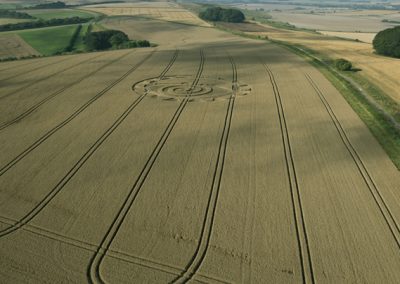 This series of drawings by geometer and researcher Michael Glickman, show a selection of geometric features embedded in this design. The formation both squares the circle and illustrates Euclid’s second theorem. Thanks to Michael for allowing me to reproduce them on this website, 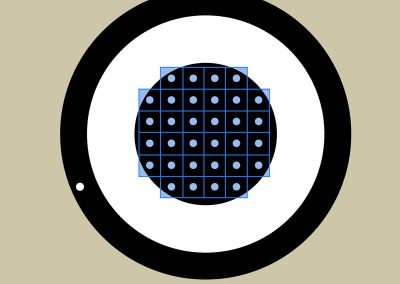 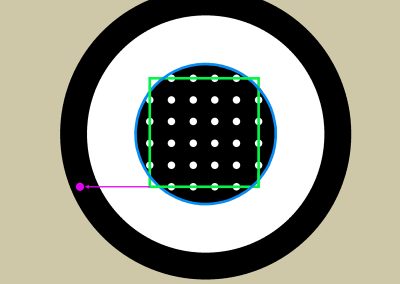 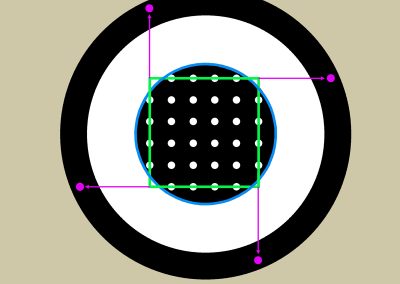 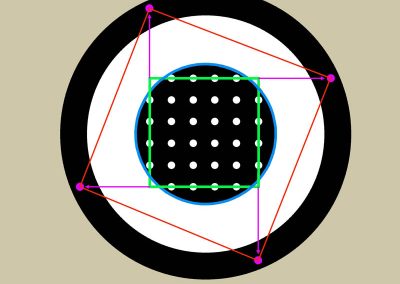 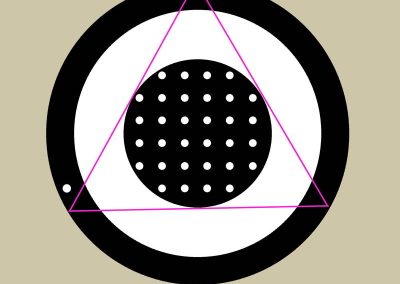 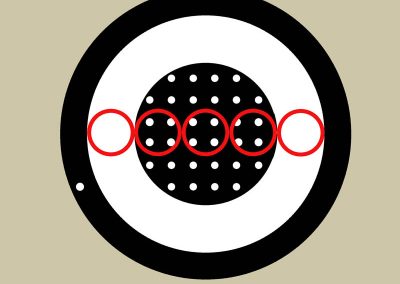