This exquisite little crop circle was reported to us on the 22nd of June and we were able to send a friend out to try to locate the circle, but he came back empty handed unable to see it. It wasn’t until a few days later, that we saw someone had been flying over the area and had managed to find the circle! This formation is undoubtedly a classical labyrinth, which is rare in crop circle design. We’ve had plenty of labyrinth-esque designs, but this type of classical labyrinth is rarely seen. Traditionally labyrinths have seven, eleven, or even thirteen turns (the labyrinth on Chartres cathedral has thirteen turns). If you were to walk this labyrinth, as far as I can see you would walk seven turns. Seven is the number of Spirit, revelation and what lies behind the veil – its a deeply mystical number. This design measured approximately 100ft in diameter and is in a field of maturing barley. 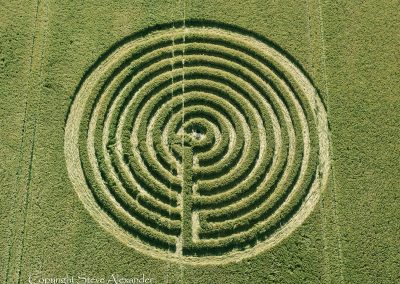 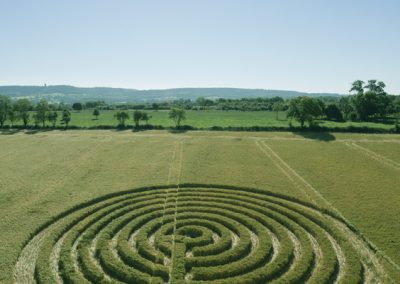 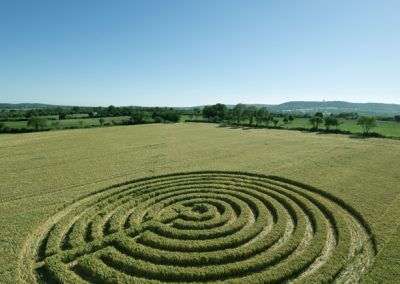 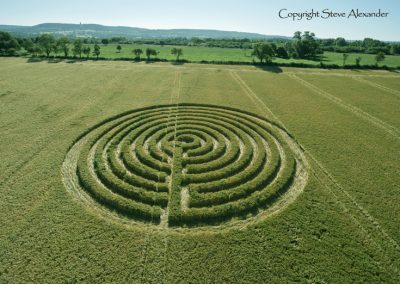 Drawing is one of the best ways to get to know a circle – and walking in it of course. This little labyrinth was something of a mystery on the drawing board. Looking at both the photograph and the drawing in the gallery below, you would need to walk seven turns to reach the outer perimeter from the centre and vice-versa. But there seems to an extra disconnected ring in this labyrinth – or is it just me! It is a lovely formation none-the-less, and drawing it was a joy… 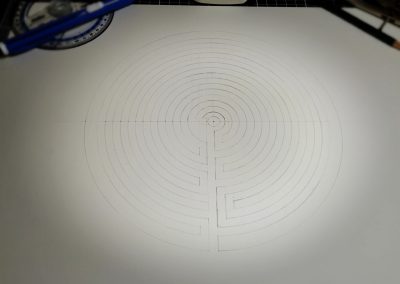 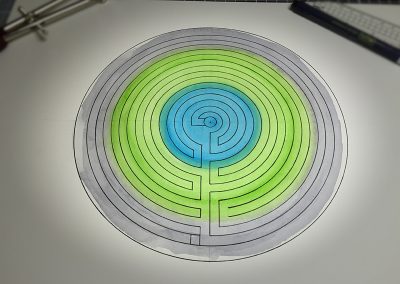 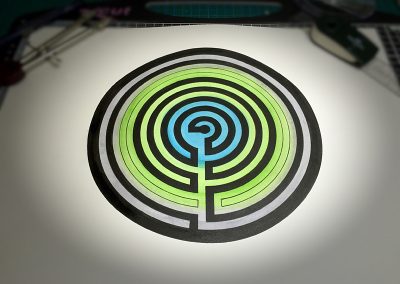 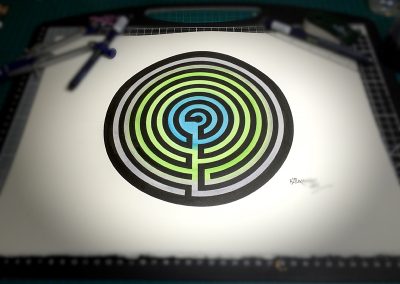 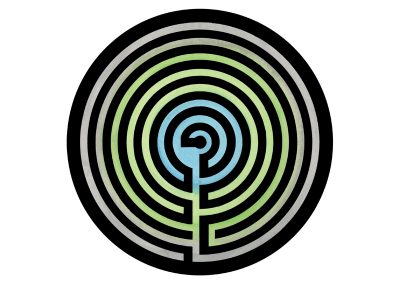 Keep us flying!
Please make a donation to our work

Find out more about crop circles on the websites below: