We had to take a long flight to reach this circle located near Merstham in Surrey. We had to fly relatively high at around 500ft to avoid being an unnecessary distraction the those using the motorway below. The formation was placed in a field of wheat right by the intersection of the M25 and M23 motorways. The formation also sits bedsides Ockley Wood. It is in a field of wheat and measures approximately 150ft.

This is a pretty formation  which uses classical geometry to affect a 3D perspective. The design clearly shows a cube with windows in each side which reveal a sphere suspended at its centre. Although we automatically see the 3D shape, to draw this design we have to work on the flat plane of paper, so need to look at its 2D construction. The circle is divided into six and a hexagon is drawn inside. Then, three alternate points are joined to the centre of the circle, this gives us our basic isometric cube. The finer details of the design are then drawn in. We have seen cubes many times before in crop circle patterns,  and interestingly they nearly all have heralded something important to come, whether it be the foray into three dimensions in 1999, or in 2010 the first 4D formations. They seem to be symbolic/echoes of some kind of dimensional shift at work. See more in the Geometry Gallery below.

Looking at  the immediate area around the location of this formation, no particularly ancient sites are noted on maps. But I did note that there is an earthwork located to the north of the formation at Tollsworth farm and manor. The earthwork is described as a sub-retangular earthwork measuring 130 measures and is located just to the south of Tollworth farm. It is generally thought however, to be the remains of a medieval house with moat, rather than an iron or bronze-age monument.

This crop circle is included in our 2015 Box Set of 7 x 5 prints and will be included in our Crop Circle Year Book 2015 published later this year. Visit our shop to find out more! 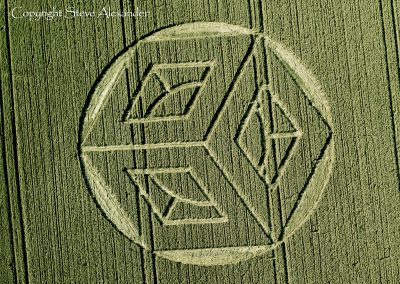 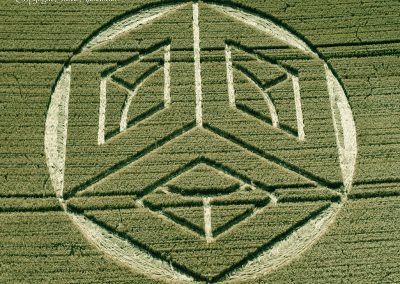 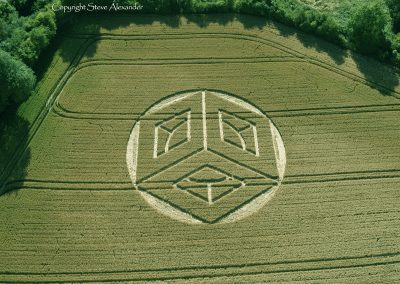 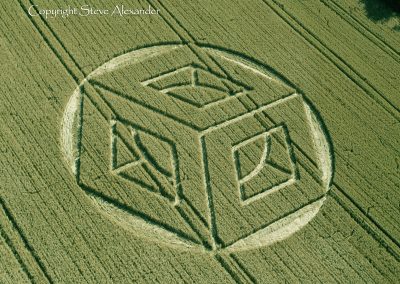 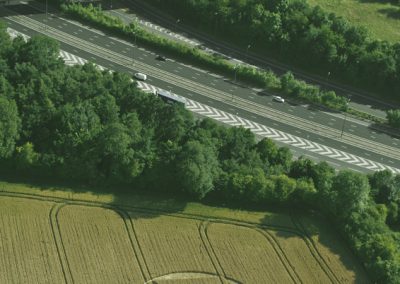 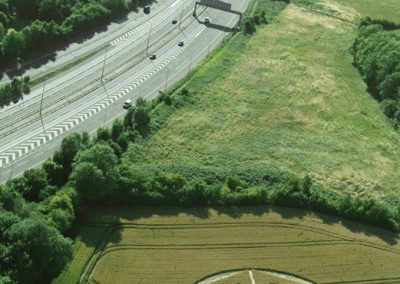 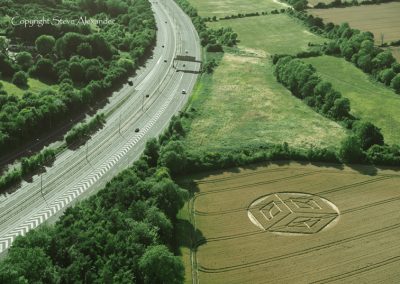 As explained above, the geometry of this formation is essentially hexagonal. In the gallery below you will see how the basic isometric cube is achieved in the first image. The second image is a sketch of cubes by Leonardo Da Vinci and is very reminiscent of what we see in this formation. The first 3D paintings and drawings date back to the renaissance (Da Vinci’s heyday), when a huge shift in human consciousness was occurring. The discovery of being able to add perspective to paintings is thought to coincide with a deepening of perception in man himself – certainly the renaissance was a time of huge intellectual development for humankind. Many have speculated that the crop circles may also be heralding a change in human consciousness occurring at this time, being simultaneously both a catalyst and symptom of such a process at work. Here we delve deep into the realms of philosophical geometry and its connection to the deepening of human perception and awareness. 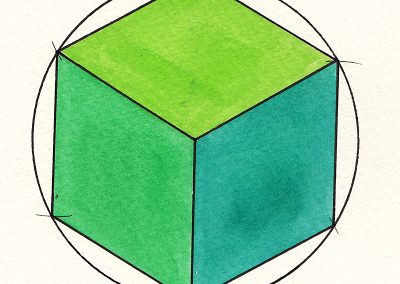 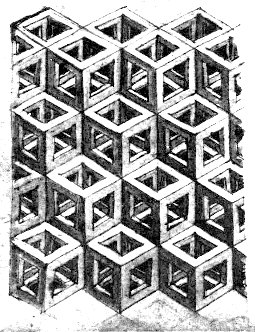