This spectacular formation appeared close to Ansty in Warwickshire in a field of mature wheat. In point of fact, harvesting of the field had just begun as we arrived to take our pictures – as you can see in some of the pictures below. It is an elaborate, detailed, twenty-four fold star with an unmistakable eye motif in the centre of the design. The pupil is woven into the crop and are those eyelashes on its upper and lower perimeter? There is also something of the ‘compass’ in that central design; a reorientation of perception perhaps? The circle seemed placed with regard to the tree (or trees) in the middle of the field, it was a also accompanied by a small satellite (or grapeshot) circle. The formation measured approximately 180ft in diameter. 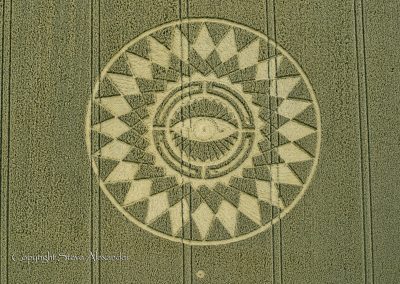 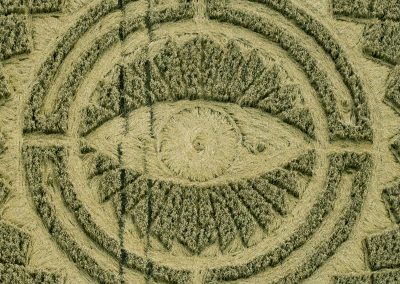 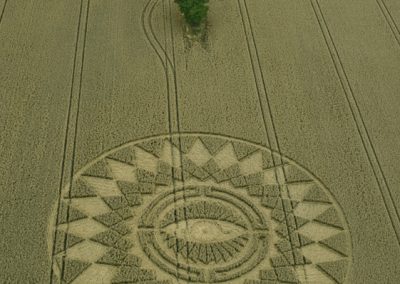 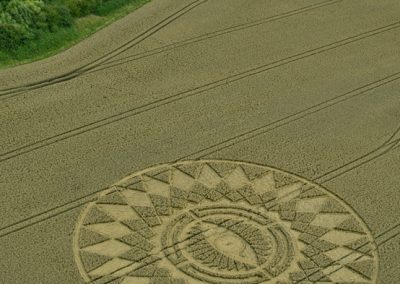 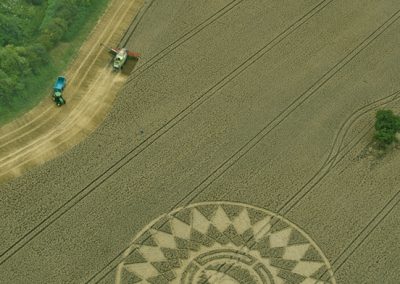 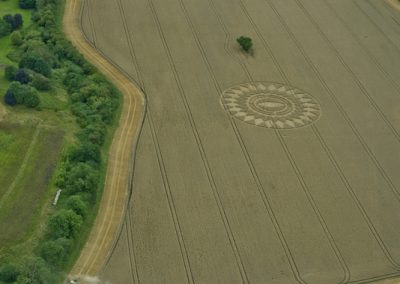 This is an elaborate twenty-four pointed star. The design is picked out from the way the lines criss cross when drawing the basic star. But the centre is almost unrelated to that star. The four curved boxes in the centre motif are locked into place by dividing 24 into 4  (6) and then aligning the gaps between the four boxes, one very six boxes. The eye is a narrow vesica (not a true vesica), and the crop is swept into the centre with a ring around it to form the pupil. The most elaborate part are the ‘eyelashes’ above and below the eye, these are aligned (pretty much) with the points of the star and are tricky and fiddly to draw. There are 12 on the top of the eye, but curiously 14 on the bottom. This was great fun to draw, but challenging! You can follow the process of my drawing and painting in the pictures of this gallery. Enjoy… 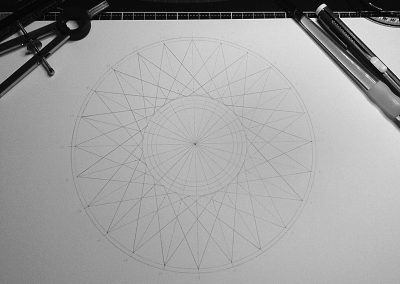 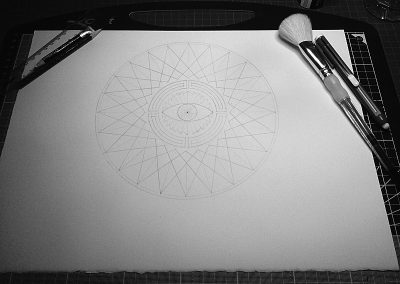 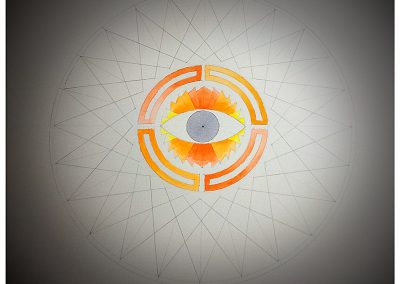 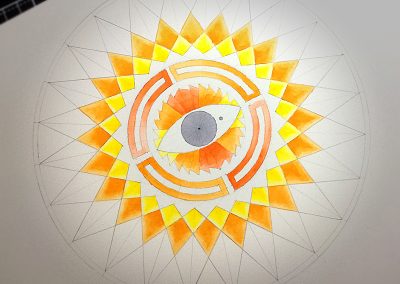 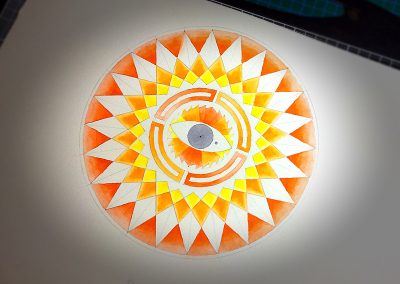 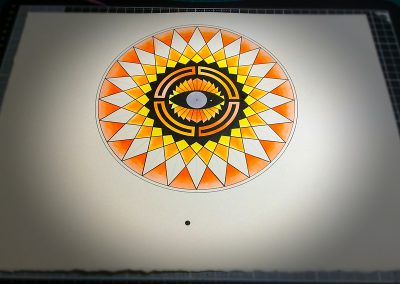 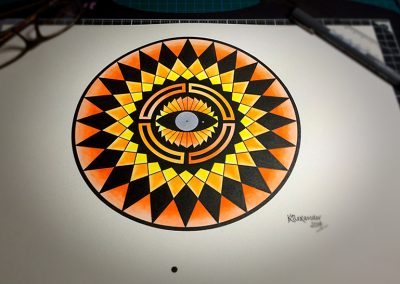 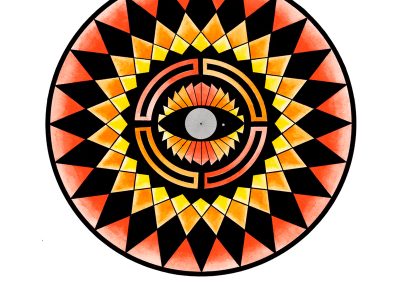