This curious little formation appeared in a field of very immature green wheat directly below Castle Hill in Mere, on the 6th of June. It measures approximately 80-100ft in length. The design is based around a central diamond shape, which has small circles on each apex. There are then two sets of crescents at each of the two tallest apexes. It’s a rather pretty design, in a very pretty setting. But it’s meaning is as yet, inscrutable.

Unlike the many tumuli and the neolithic hill fort at nearby White Sheet Hill, the large mound by the side of this formation is known as Castle Hill (or Mere Castle) – with an ajoining long hill, named appropriately Long Hill – is a relatively modern construction. I say relatively, as Castle Hill is only hundreds of years old rather than thousands like its landscape neighbours. It is apparently the earthen remains of a castle constructed in medieval times by Richard, Earl of Cornwall in 1253. Originally there was a stone castle which reputedly had some six towers. However it was abandoned in the 14th century and its stone and other materials were looted and reused, leaving the steep earthen mound we see today. I find it a rather poetic coincidence, that this formation should appear on the 6th day of the 6th month in 2016 at a site where a castle once had six towers! You can see Karen’s drawing of this formation in the Geometry Gallery below.

FYI: This formation features in our 2016 Crop Circle Photo Box-Set and in our Crop Circle Year Book 2016. Every sale helps us continue our work!

Please Help to keep us Flying: If you have enjoyed this site, looking at our pictures and information please consider making a small donation to keep us flying. There are so few of us left regularly recording the circles it’s really important that we continue. And while some now use drones to record the circles, it is important that there are still images taken from aircraft where the best quality camera equipment can be used and images that include the broad vista of the landscape can be taken.  This kind of photography is expensive and it gets harder with each passing year to raise the funds we need to continue our work, but if everyone who regularly looked at this website made a small donation we would meet the funds we need. You can make a donation here. 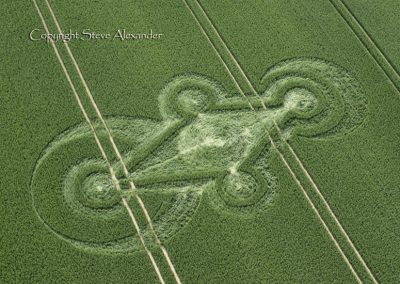 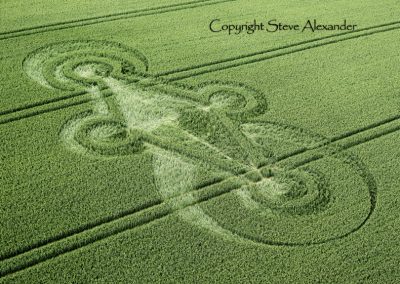 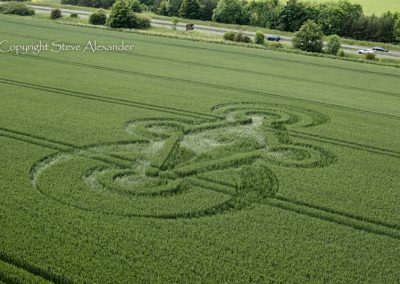 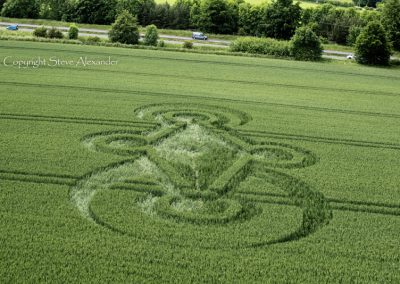 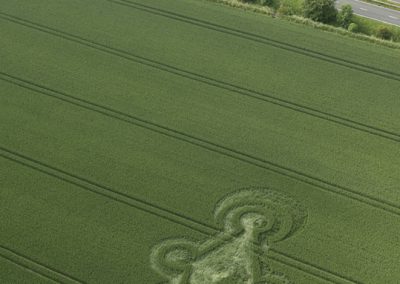 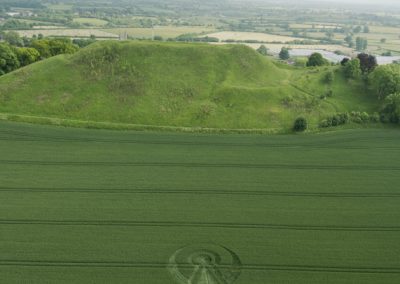 This curious little formation has a 4-fold design based upon a central diamond shape, with crescent moons at the end of each long apex. The two ends are asymmetrical, in that they are not a mirror of one another, but to my mind this only adds to its charm. If the circle (one) represents unity, heaven and the divine, then four represents the earth, mother substance, the physicality of our world. Here four-ness is a diamond, rather than a square, but the two sets of crescents at each end look rather angel-esque to me.

You can see a series of images below that follow the progress of my drawing. The finished pattern looks striking finished in black ink on white paper. 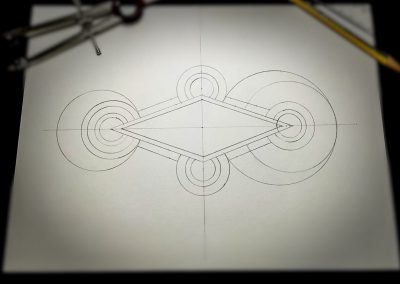 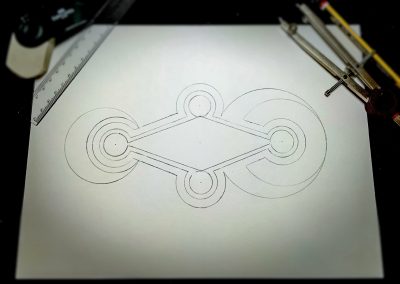 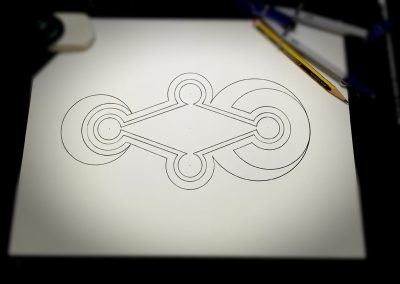 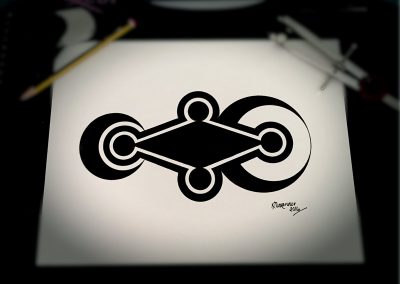 This crop circle has been harvested.