No summer solstice would be complete without a flurry of crop circles over the Wiltshire landscape – this year there were four reported. This one can be found where Green Street (coming out of Avebury) meets the Ridgeway – in the corner of the barley field there. Fields in this area have hosted several formations over the years. The circle measures approximately 160-180ft in diameter, and is a central circular design with four arms made from circles of diminishing size, three in each arm. It is currently unknown if the farmer is allowing visitors.

For those of you how maybe unfamiliar with Avebury, it is the largest prehistoric stone circle in the UK – larger than even Stonehenge. It sits at the centre of a whole complex of ancient sites including Silbury Hill (largest man-made mound in Europe, East & West Kennett longbarrows (burial chambers), the Sanctuary a much smaller stone circle and two partial stone avenues. This collection of sites is known as the Avebury Complex. The Stone circle at Avebury is filled with huge megaliths (large stones) the entire complex dates to around 2600BC some of the larger stones at Avebury wight in excess of 80 tons. The stones were brought from a field of stones several miles away left by moving glaciers at the end of the last ice age. How such a supposed primitive peoples managed to move them as far as they did is a mystery in itself! You can read more about Avebury here.

NOTE: Some of the images below are beautiful landscape scenes. Click on each image to enlarge them and see the whole picture. Make sure you see Steve’s beautiful aerial images of Avebury stone circle too – below! 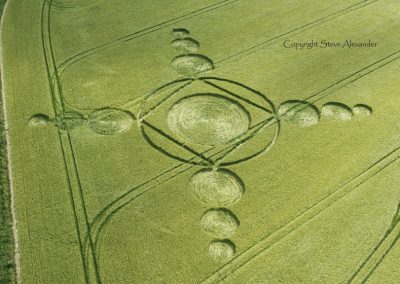 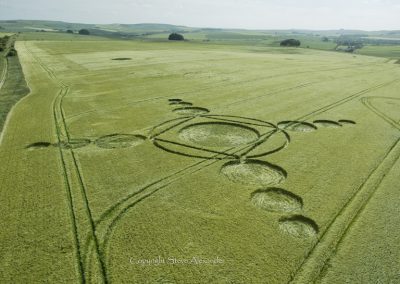 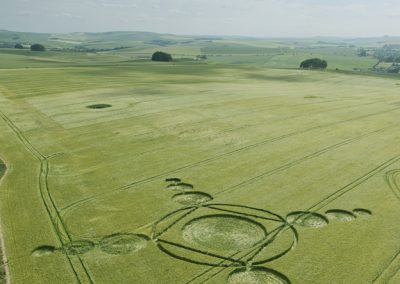 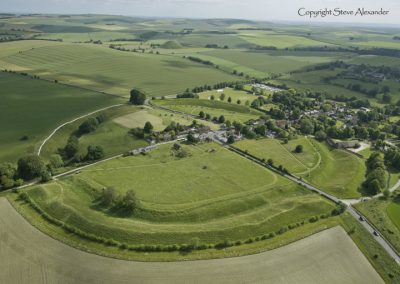 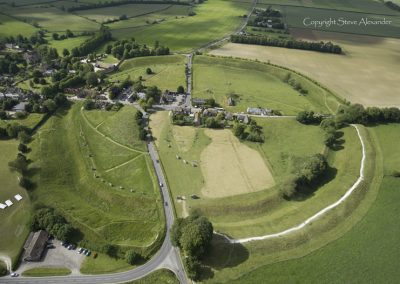 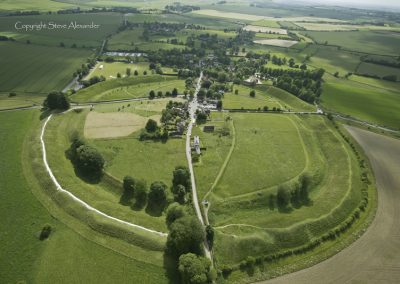 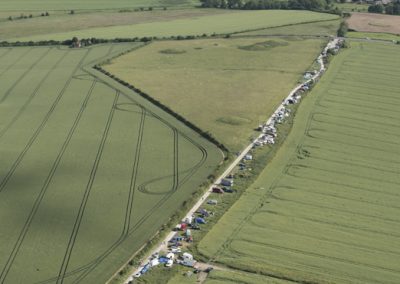 This formation is concerned with four-fold geometry. A flattened circle at the centre surrounded by the outline of a square and then a ring. The four arms correspond to the corners of the square and each contains three circles of diminishing diameter.

The circle and the square have been one of the central tenets of crop circle design for many years. Classically, the Square represents the Earth, material reality, mother substance. Whereas the Circle represents the heavens, the Divine, all that is. The marriage of the two has been the mainstay of temple building for thousands of years – the dome on a square – like at the Pantheon, or St. Peters in Rome. This was a symbolic act which brought heaven to Earth and created a sacred space where man and the Divine could commune.

I may go back to explore this design further after the conclusion of the season. – Karen

This circle has been cut out.

keep us Flying!
Make a donation