There are two main types of spiral; an Archimedean spiral (such as this circle) where the curves stay tight and concentric and a logarithmic spiral in which the curve of the spiral gets progressively wider. We have had both these types of spirals appearing as crop circles in various permutations over the years.

This spiral has nine turns and measures approximately 120-140ft in diameter. It appeared in a field of green wheat in an out-of-the-way location North of the M4 motorway. Spirals such as this, might be considered linked to the labyrinth as both present a single winding pathway from or to the centre of the design. Walking the spiral or labyrinth has been part of humanities spiritual practices for thousands of years and is connected to the notion of a lone walk to the centre of oneself.

The number nine is the number of threshold, the last of the single digits and the penultimate number in the decad (the numbers 1 – 10). Another part of this connection to ‘threshold’ can be found in the human gestation period which lasts approximately nine months before the baby crosses the threshold from life in the womb to life in the world. Perhaps this beautiful circle tells us of an impending, or an occurring threshold? 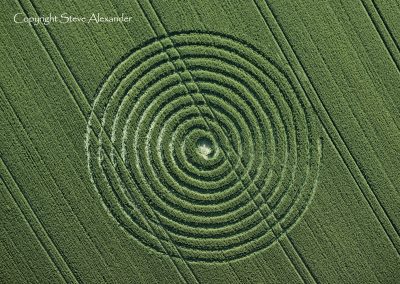 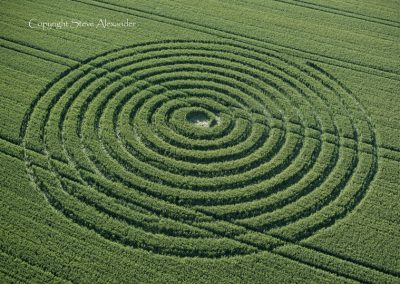 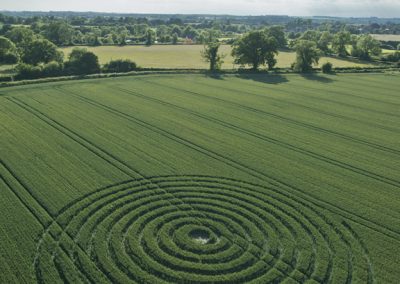 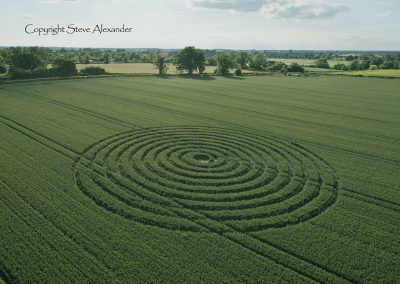 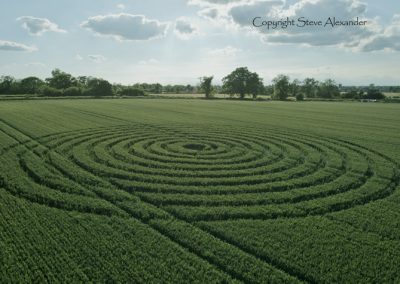 Archemedian spirals like this design are not possible to draw with a compass and straight edge. An approximation can be made, but for the purposes of recreating this crop circle on paper accurately it wouldn’t be of much use.

This corp circle has now been harvested