This formation was first reported on the 21st of July and lies just north of the village of Fairford in Gloucestershire. The strip of trees alongside the field is marked on the map as ‘The belt’. The circles lies in the corner of the field near to the road which runs between Fairford and Quenington. It measures approximately 150ft in diameter and is in a field of golden mature wheat.

The circle design is based on simple circular geometry, but there is something about this formation that is hard to put in to words, and I think it’s just beautiful. Three circles sit along the diameter of a containing circle, two are outlined, one is standing, but partially hidden by the other two. There is also a tiny standing crescent moon on one of the flattened circles. The lay looks particularly pretty, the differing directions of the flattened crop reflecting beautifully in the sun to create areas of light and dark shadow.

The circle is traditionally seen as a symbol of the Divine (encompassing all that is). It is also seen as a symbol for the unity of all things, from which everything else emanates. The two circles inside the formation which touch the perimeter and the centre of the circle could represent the division of unity, the primordial first act of sacred geometry – like cell mitosis in which the cell replicates itself from within then separates the new copy of itself, to create multiplicity, new life and growth. The third partially hidden circle could represent the new and the nascent. It’s a fascinating design.

We had to drive to another helicopter base to fly this circle, but it was well worth the 260 mile round trip. We were very lucky with the weather too, with just enough breaks in the stormy cloud base to light the formation – the clouds adding great drama to the photographs.

Fairford is a very pretty town set in the beautiful Cotswolds. Well known on the one hand for its nearby RAF base, but the local church (St. Mary’s) boasts some of the finest Medieval painted stained glass windows in the country. 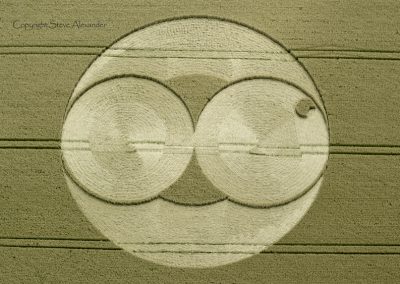 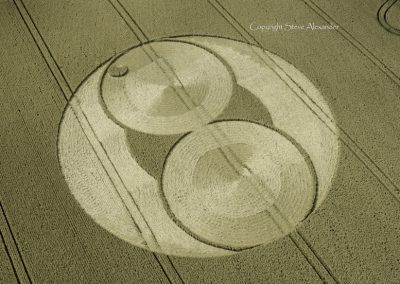 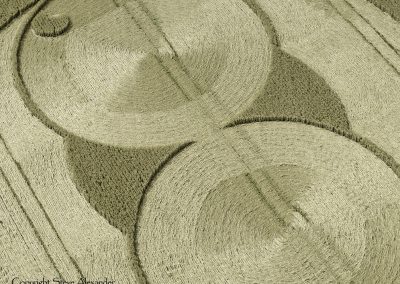 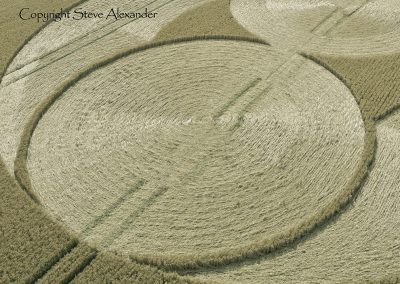 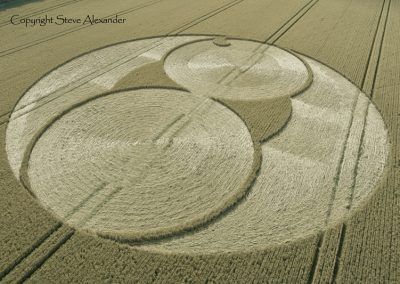 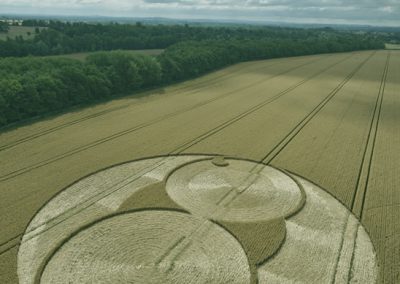 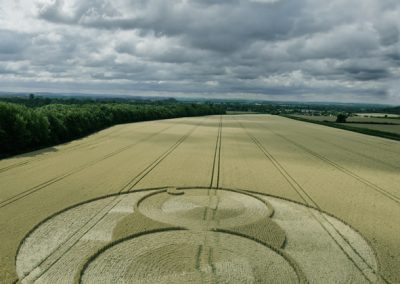 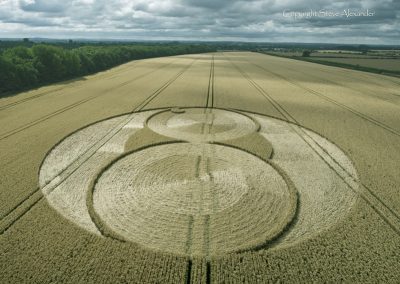 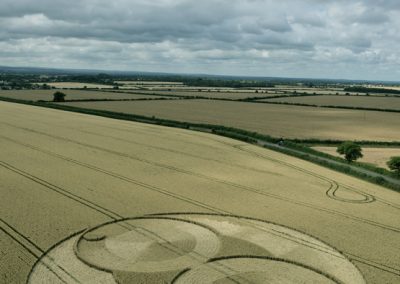 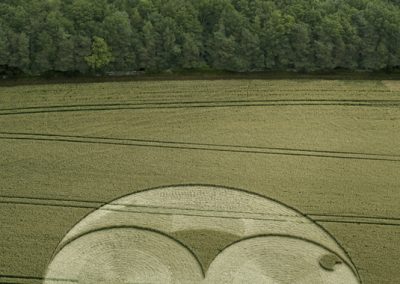 Its on the drawing board. Will post images as soon as I have them! 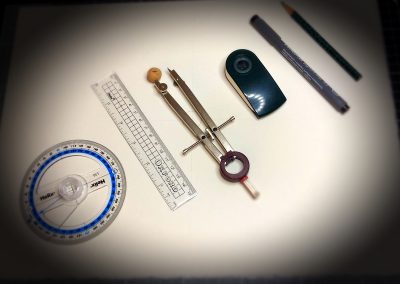 Help keep us flying!
Please make a donation to our work