This fantastic formation appeared in the same field as the formation of the 4th of the August. This circle measure approximately 220ft in diameter and is in a field of fully mature wheat. Etchilhampton Hill has hosted many crop circles over the years and the views from the top of monument hill are outstanding and highly recommended.

It might be tempting to identify this formation as illustrating nine-fold geometry, but this would be premature. The 360 degrees of the circle is divided by eighteen and the six pointed stars with a hexagon at their centre are given a kind of perspective by the fact that they are positioned in each of the eighteen slices of the circle – in which each slice gets wider the nearer it gets to the perimeter of the circle. This is a fascinating and highly original use of shape. The number nine is of course at work, as the formation is made from a standing and flattened duality – ergo nine standing, nine flattened. Eighteen is of course also three times six. So six, nine and eighteen are the key numbers. There are two curious standing elements in this design, that look as though they should have been flattened to compete the pattern, might this also been seen as symbolic of the idea of threshold, rather than completion, or might there be some numerical symbolism? 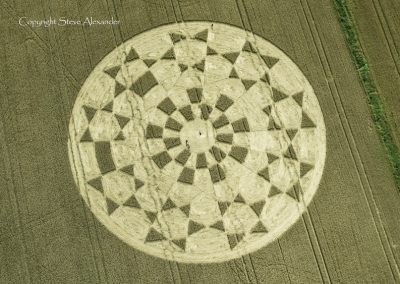 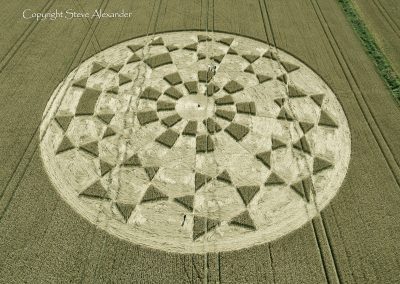 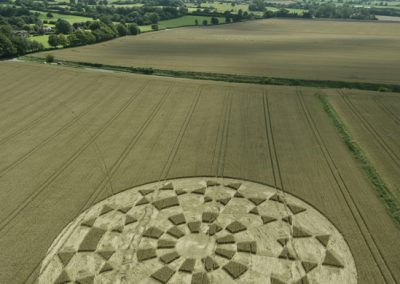 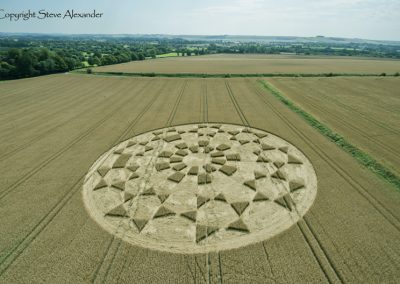 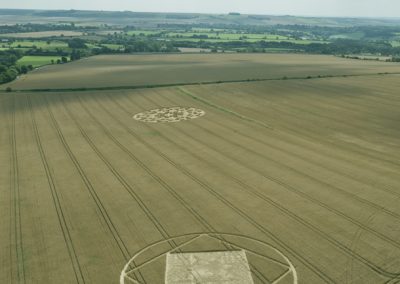 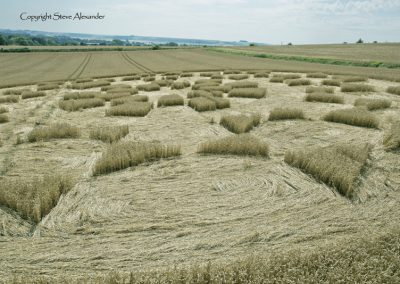 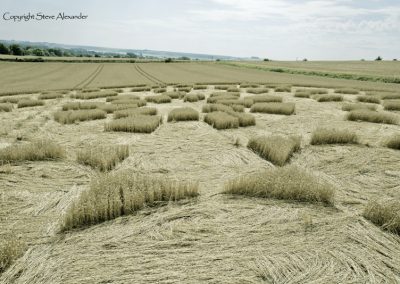 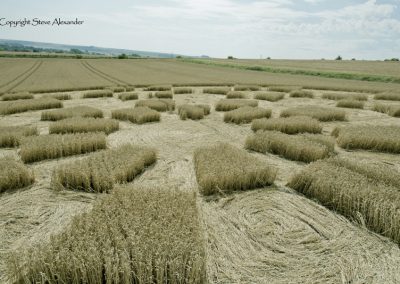 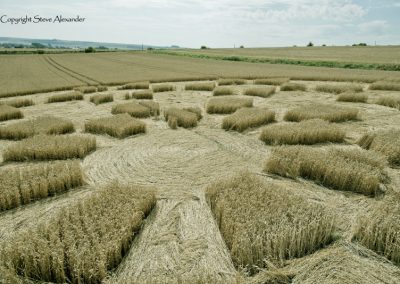 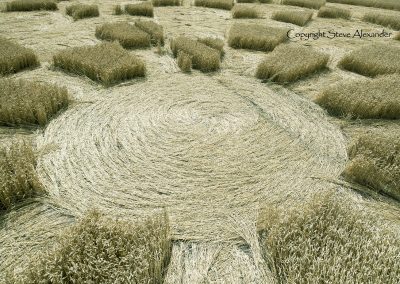 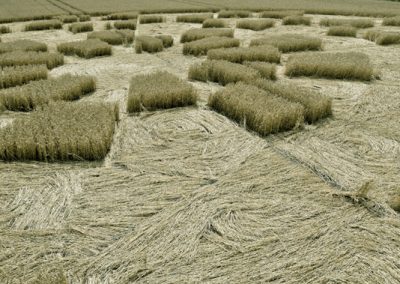 Having now drawn this formation recently (Feb 2016) the number nine is the most prevalent. The 360 degrees of the circle are divided into 36 to create the design and then there are 7 concentric rings, plus an outer ring to contain the entire design. There are nine connected circles around the formation, each having six points. There are then two sets of nine standing shapes in the centre of the formation – making this formation 9-9-9! 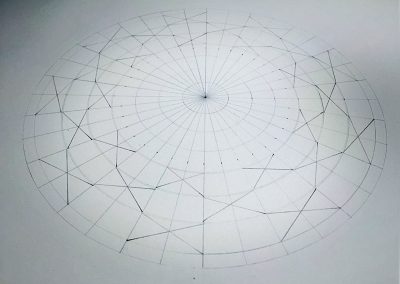 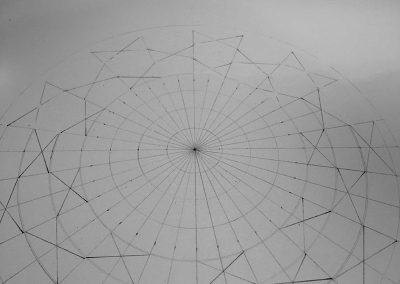 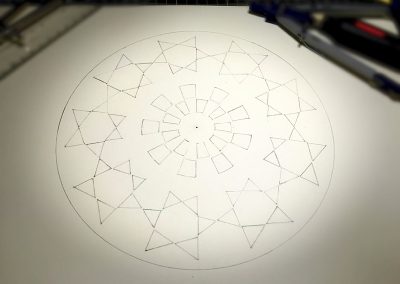 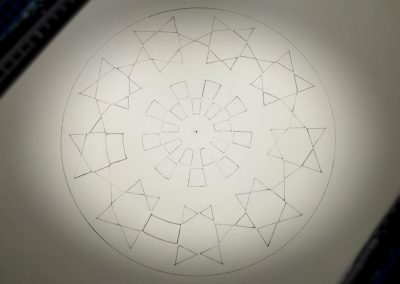 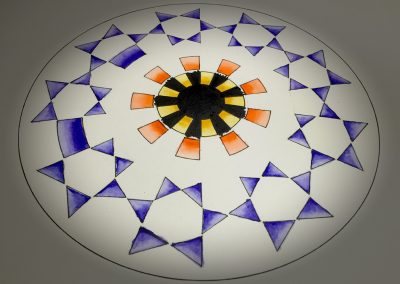 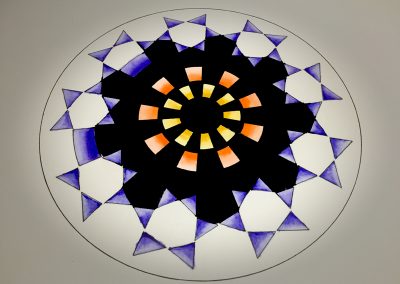 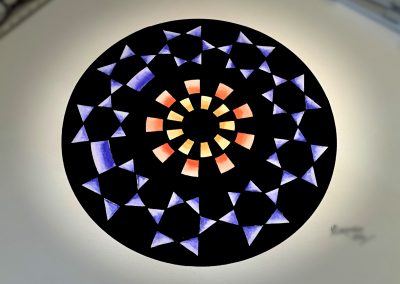 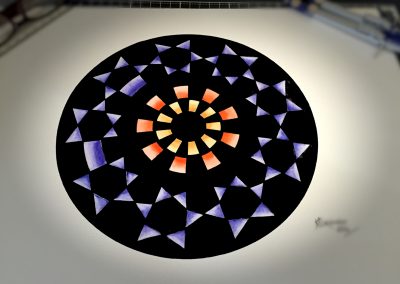 This circle has now been harvested