While there have been two previous UK formations this year, one at at Barbury Castle, Wiltshire (in oilseed rape) reported on the 9th of April 2015 and another at Tarlton in Gloucestershire (in Barley) reported on the 19th of May – this crop circle at Manton Drove, is the first major formation of the 2015 season.

Update: For more about the circle at Barbury Castle please click here for a blog post by researcher Michael Glickman

The formation is a well constructed thirteen-point star contained within a circle, with four asymmetric satellite circles on its perimeter. The formation was in a field of young barley and measured approximately 90-100ft in diameter.

The circle was reported on the internet late in the evening on the 24th of May. We got into the air at 8am the next day, but sadly by then the farmer (now alerted to the circles presence) had decided to disfigure the circle to discourage visitors.  Unfortunately, we are unable to obtain a photograph of the circle as it was intended, but some detail can still be seen in the images on this page. However, see the Geometry Gallery for a reconstruction and discussion of the original design.

Manton Drove was the setting for another formation back in 2012. See 2012 Image Gallery for more images.

For more information on the Barbury Castle formation see here. And for a drawing of the circle at Tarlton, see the Geometry Gallery below. 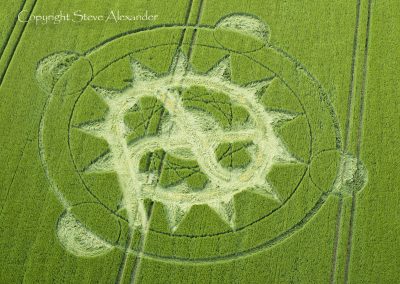 The central geometry of this formation is its thirteen-pointed star at its centre. It’s not possible to divide the 360° of a circle into thirteen whole-number sections. The division leaves us with an irrational number (a number who’s decimal places go on theoretically forever – 27.69230769… This makes drawing a thirteen pointed star accurately problematical and a degree of careful and skilful adjustment is needed to make sure all the lines meet at the apexes. The larger your drawing the larger margin there is for error. However, in this circle the thirteen points are achieved beautifully. The star has a small flattened central circle and is encompassed by a very thin ring touching the apexes of the star. Then, a further (and slightly wider) perimeter ring is placed around the entire design. Finally, on this perimeter ring is another feature of note and that is the four ‘satellite’ circles placed on the outermost ring. We are accustomed to a high degree of classical symmetry in crop circle designs. However, it seems this circle has put before us the skilful creation of the thirteen-fold star, then in juxtaposition an asymmetry in the satellite circles – as they are not all placed at 90°. This is an interesting and quirky aspect of the overall design. For more about this formation, please read my blog ” Unlucky for Some…” 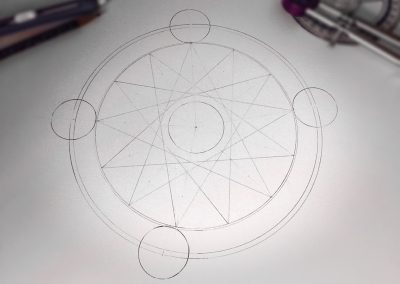 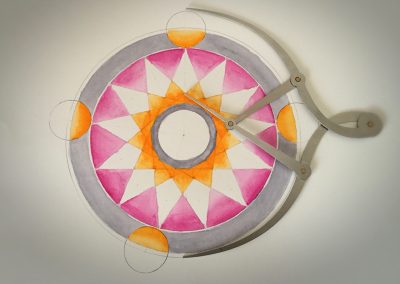 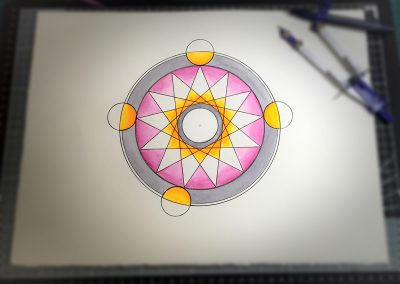 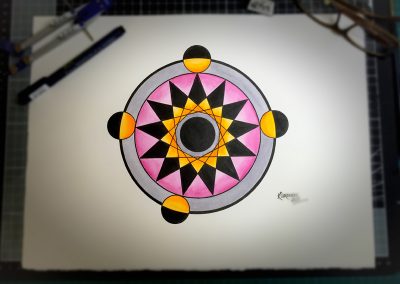 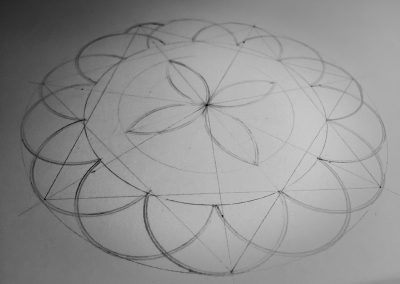 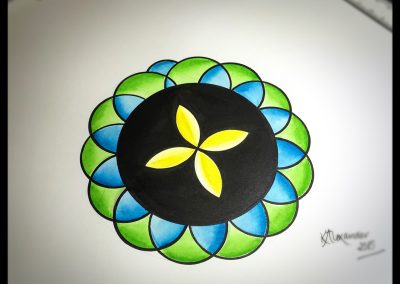