This curious crop circle appeared in two stages. Stage one occurred on the 8th of June where just the outer flattened ring and petals were showing, the inner circle was completely standing apart from a small flattened circle, just off centre. Stage two occurred on the 9th of June and with the moon face and spiral were added. The off centre circle in the middle of stage one, going on to be the eye of the man-in-the-moon in stage two.

The pictures below show stage two. This circle has rather split opinion, with some seeing the design as contrived and rather childish and others who are impressed by its rather fine spiral. The formation measured approximately 200ft in diameter and was formed in wheat. 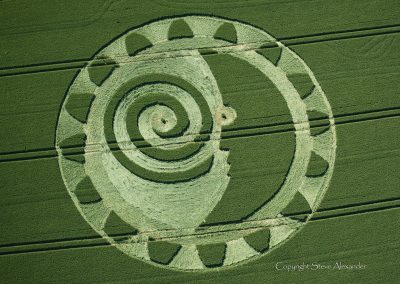 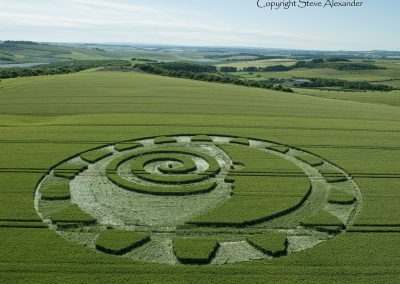 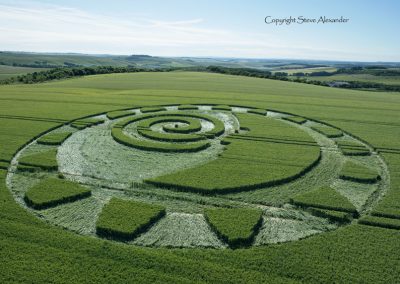 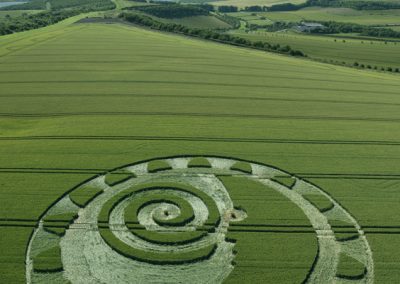 There are no drawings of this crop circle.