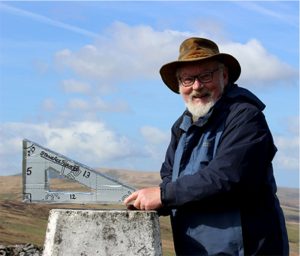 During the summer of 2019 a beautiful crop circle appeared at Clear Wood, near Upton Scudamore in Wiltshire – not far from Cley Hill. The 200ft circle drew visitors from all over the globe and was widely admired for its wide outer ring with its woven floor lay and its delicate crescent moon surrounding the centre circle.

The formation appeared shortly before our annual conference, and many of those attending the event had been to visit it.  Our own Jonathan DeVierville had walked the outer ring and had counted the weaves of the crop, there were 153.

Visiting Austrian researcher and mathematician Guenther Schermann shared this fact with the conference during his lecture, which then set off a chain off strange events and synchronicities for fellow lecturer and megalithic researcher Robin Heath

In this episode of our podcast we talk to Robin, firstly about his pioneering work into understanding megalithic cultures and secondly about the amazing synchronicities surrounding the Clear Wood crop circle. 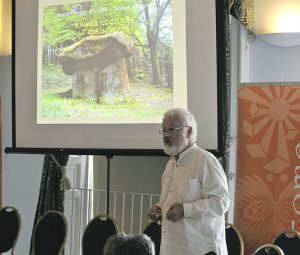 Robin has written 13 books on this and allied subjects, including the best selling…

His work brings together astronomy, geometry and metrology and explores their mysterious presence in the design and positioning of many ancient sites.

In a varied career Robin has enjoyed being a research scientist in computer chips, a marketing manager in electronics, a senior lecturer in mathematics and engineering and head of department in a college of further education.

He has also been a long time speaker and contributor to the annual ‘Temporary Temples Summer Lectures event’ where his expertise in these matters often shines a direct light on the crop circle phenomenon which seems to speak a very similar language.

Note: Our interviews are recorded over the internet, so sound quality may vary from time to time. 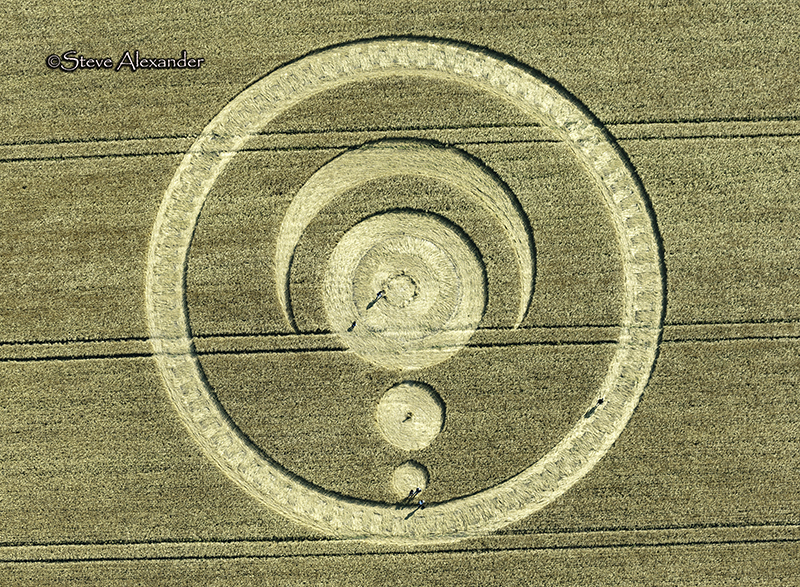 A Strange Synchronicity:
When crop circles and stone circles meet

This curious tale began innocently enough, and then revealed a strange reality that connected both stone and crop circles together. Many would suggest that these two phenomenon would not likely make good bedfellows, but this proves not to be the case.

The experience began on August 3rd, when crop circle researcher Gunter Sherman delivered his lively talk at the Summer Lectures, in Devizes. In full flow he let drop a single piece of information concerning a new crop circle formation that had recently appeared near Warminster on 28th July 2019 at Clear Wood near Upton Scudamore. This crop circle’s outer annulus, he had noted, contained a pattern of 153 woven divisions.

The number 153 is familiar in my work on stone circles, but it has never been a key factor in the design of a crop circle to my knowledge. Steve Alexander’s crisp photograph of this crop circle (Fig. 1.), shows the outer annulus or ring of flattened crop carefully laid down to reveal 153 repeated patterns running around its circumference. I made a mental note to measure this circle, assuming, without evidence, that it might reveal something else rather special within its geometric design, for 153 means something very significant to an astronomer. 153 is the number of fishes caught in the net in St John’s gospel, but it is also almost exactly the square of the number of lunar months in one year – 12.368. Why is this so significant? Read on!

We recommend you read the article before listening to the podcast and then read it again afterwards!

All Images in this gallery are copyrighted to Robin Heath. Please do not reproduce them without permission. Browse through images discussed in the Podcast as you listen. Click on any image for a larger view. 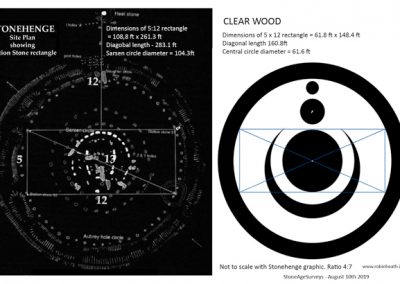 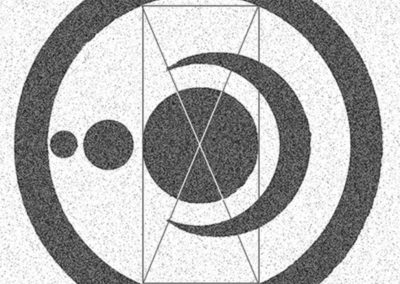 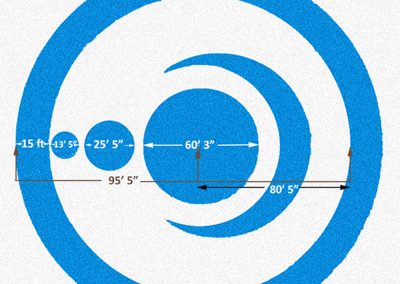 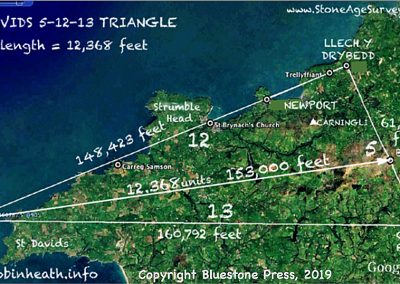 The St. David’s Triangle in Wales 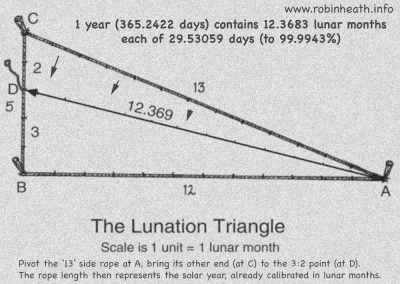 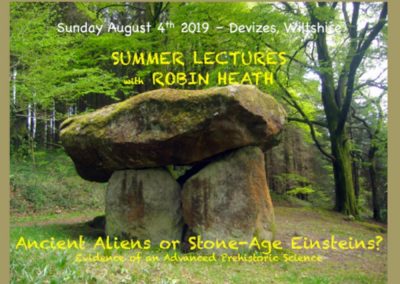 Books Mentioned in this Podcast: 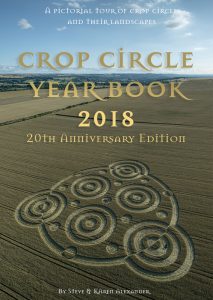 THE CROP CIRCLE YEAR BOOK 2018, is the twentieth in a series of year books by Steve Alexander (photographer) and Karen Alexander (writer) portraying the beautiful and mysterious crop circle phenomenon within the UK. This popular series of full colour, fine-art-reproduction books are privately published in limited numbers and come to you directly from the authors; they have become an invaluable and magical window into the fields of southern England, and are the only annually published books on the subject.

Click on the Image to read more or to order