Hannington lies north of Swindon in the north of Wiltshire. We have had several circles around this location in years past most notably in 2011 and 2012 where we had some early circles in oilseed rape crop there (see our archives for pictures).

The circle measures between 180-200ft and is in a field of golden mature wheat. The pattern comprises several concentric rings and a twelve-fold pattern over four of them, made from a circular symmetry of circles! Four half-moons sit around the perimeter  at regular intervals – similar to the circle at Hackpen Hill this year which had six half-moons on its perimeter.

Twelve is the number of man according to geometer John Michell, it is the base of all imperial measure (space), and our measure of time – 12 hours of the day, 12 hours of night, 12 months in a year, 12 constellations of the Zodiac etc. This link made a vital connection between space and time, something that is now disjointed with our metric system of measure (base 10) sitting alongside our still imperial measure of time.

Twelve (like six) is an incredibly harmonious number, it is the number of edges in both the cube and the octahedron – both of which we have seen in crop circle design. These connections between number and form remind us that number in this aspect is a universal language which commands great poetry as well as great truth.

Finally, twelve around one (to give thirteen) is found in myths and legends throughout history including Christ and his twelve disciples. These myths link twelve with the Divine and in particular the the idea of Heaven and Earth, or Divine made manifest on Earth – with the Thirteenth being the transformative principle.

Photographic Enlargements: are now available of many of the 2017 crop circles click here to see our fantastic range.

Please Help to keep us Flying in 2017: If you have enjoyed looking at our pictures and information please consider making a small donation to keep us flying. There are so few of us left regularly recording the circles it’s really important that we continue. And while some now use drones to record the circles, it is important that there are still images taken from aircraft where the best quality camera equipment can be used and images that include the broad vista of the landscape can be taken. This kind of photography is expensive and it gets harder with each passing year to raise the funds we need to continue our work, but if everyone who regularly looked at this website made a small donation we would meet the funds we need. You can make a donation here. 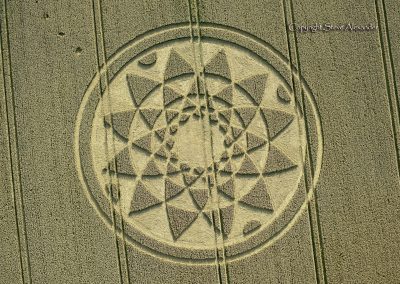 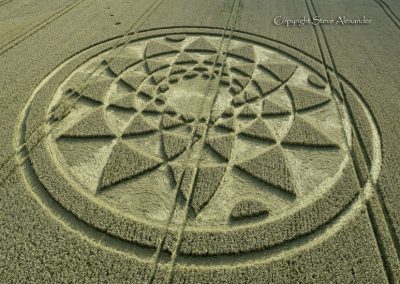 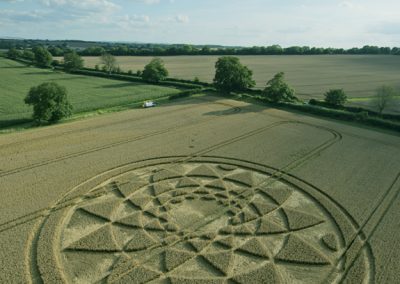 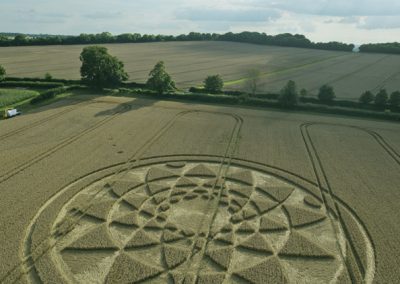 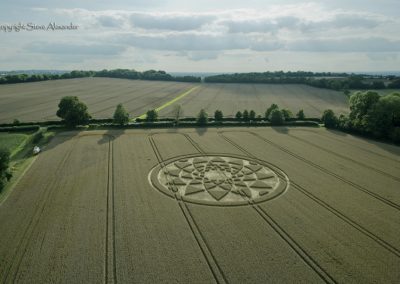 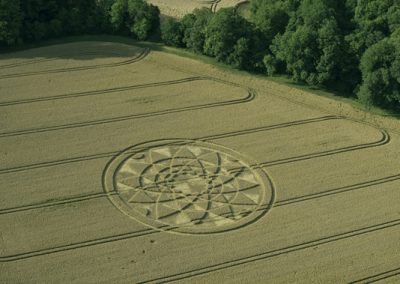 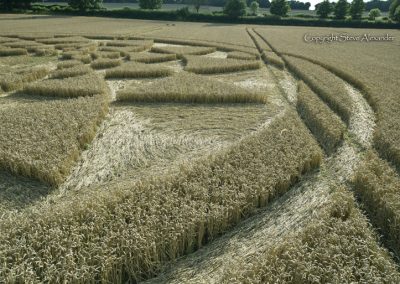 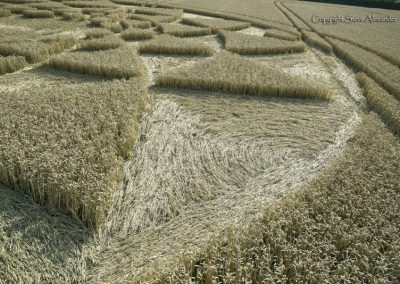 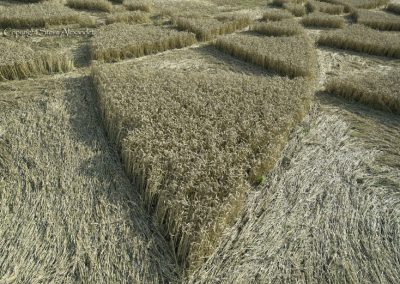 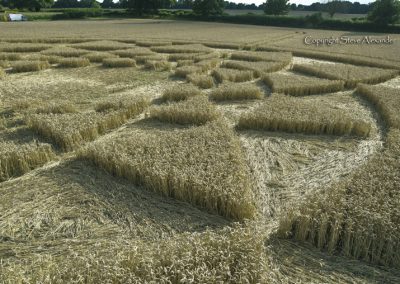 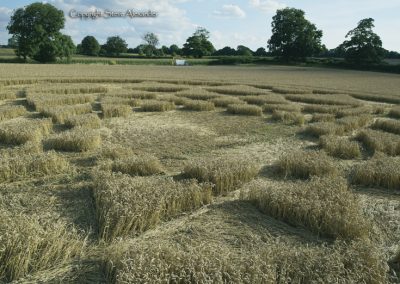 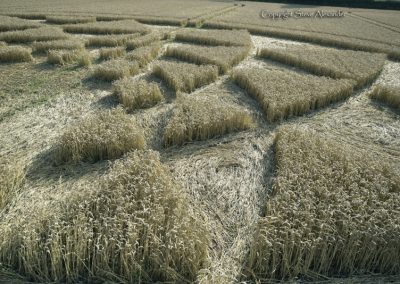 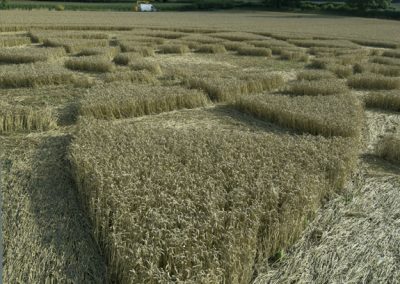 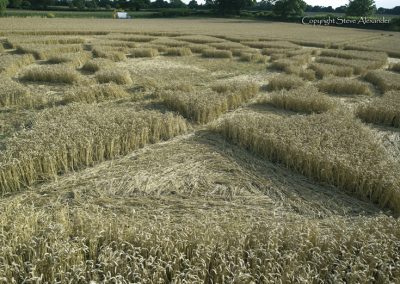 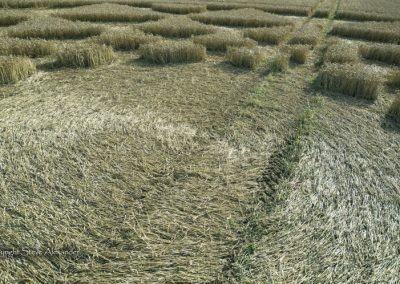 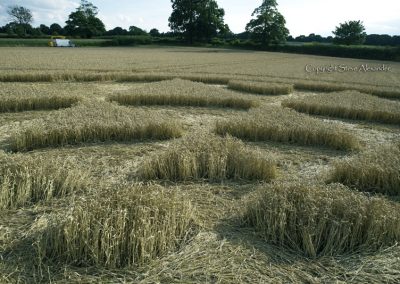 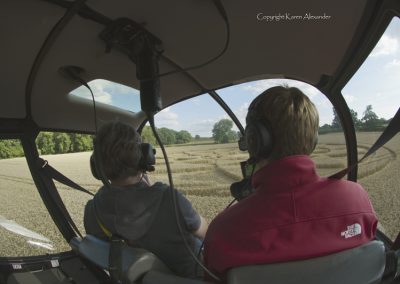 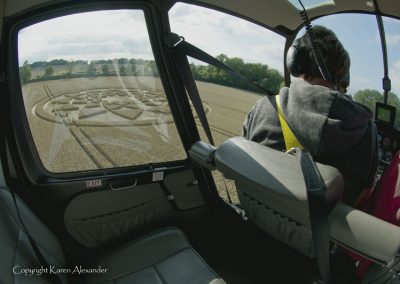 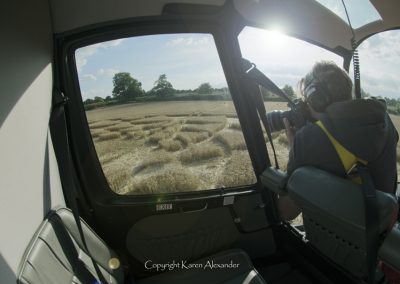 This was perhaps the most complex formation to draw of the 2017 season. The geometry is beautiful, a 12-fold flower proportioned by a set of squares. What made this so difficult to draw is the fact that there is a gap between all the elements (the hospitality portals) that allow visitors to walk around the design without further damaging the crop. Have look at the gallery for a walk through the drawing…

Karen currently has a section of her original paintings (2017) for sale. Click here to see the paintings available. 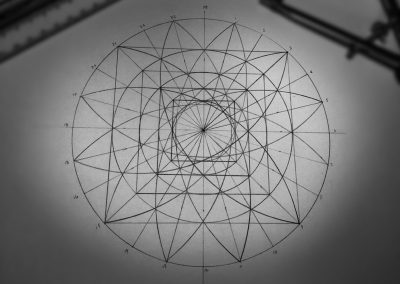 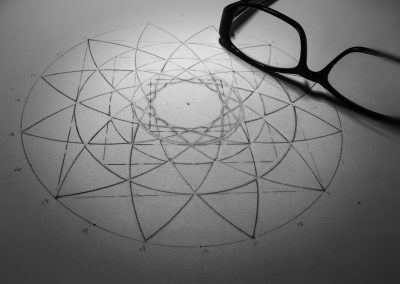 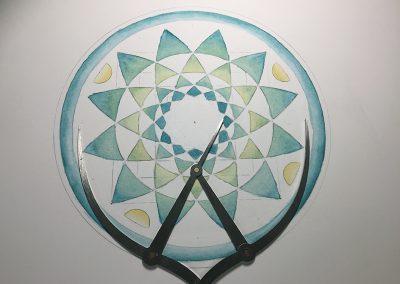 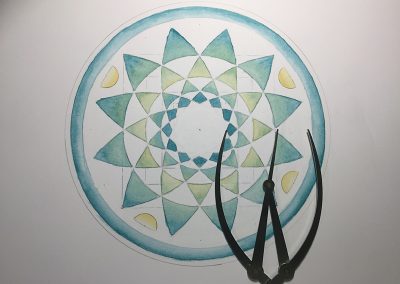 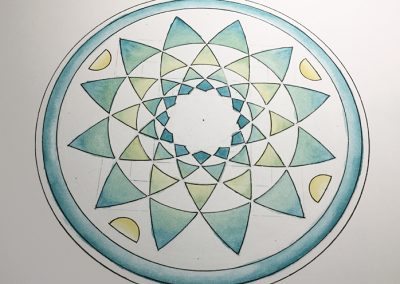 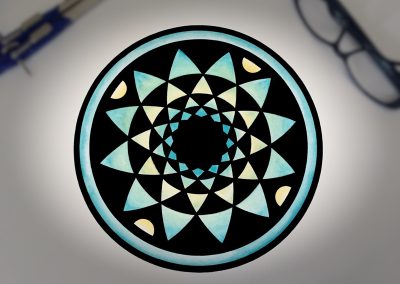 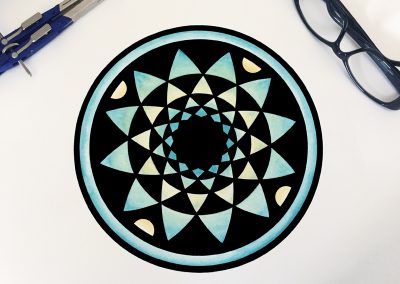 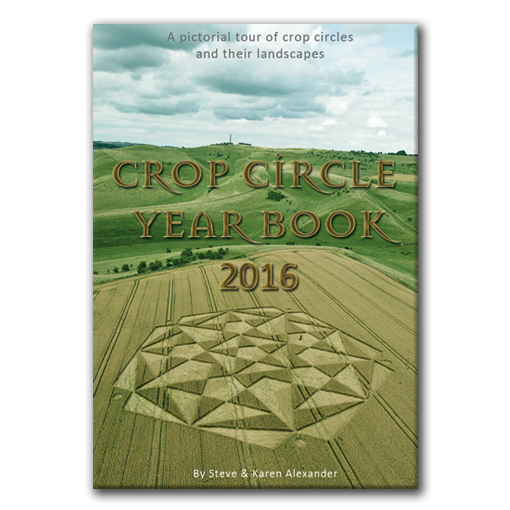